“BRINGING THE POWER OF SUNLIGHT INDOORS” 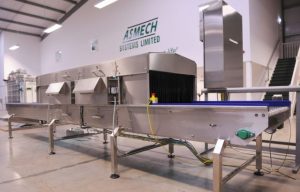