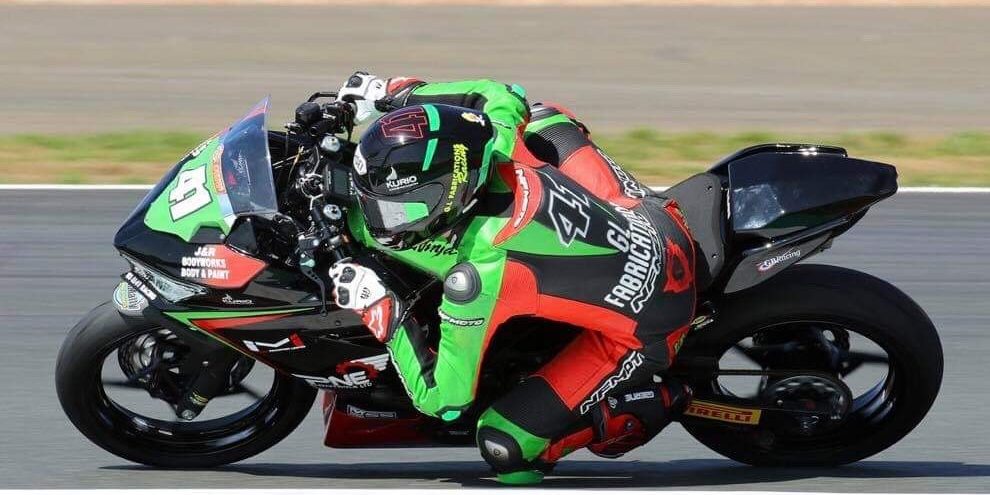 Employee development is one of our core values so supporting and recognising the accomplishments of our team members is of high importance to us here at Asmech Systems. Lynden Leatherland is one of our skilled engineers at Asmech Systems who progressed from an apprenticeship back in 2015. Lynden has always had a passion bikes but only recently has changed from motor cross to track racing. Lynden started motor cross at the age of 10 and hit the track at aged 18 with his new Kawasaki Ninja 400 bike ready for the Junior Supersport series. He is making a name for himself in the newly-created British Junior Motorsport Series, which showcases the best young talent in the country.

At the end of July Lynden competed in the GP2 class race as part of the Thundersport GB series. The Ollerton rider managed to finish with the fastest bike in the qualifying race in dry weather. Race one was when then the rain came down but this didn’t seem to be an issue for Lynden as he then scorched to victory in the opening contest. Lynden states that his confidence doesn’t alter in the wet, he won by 30 seconds and recorded both fast and consistent lap times. Race two was made patchy by the wet track but that didn’t phase Lynden as he came out on top even with a close rival. The third race was the next day after a night of torrential rain however Lynden powered through and went home with 40 seconds on top.

Every time Lynden races he gains more confidence and experience and makes great progress. This race gave Lynden a real confidence boost as all his hard work paid off, we are proud to have someone this talented work with us and climb the ladder from apprentice to a gifted engineer.